Writing out of Exile -

From a Linguistic Point of View

When a writer confronts himself with another country's language and culture he has to go through some phases of learning. It can be difficult, but it can also mean a development, which enriches one's world - both from a linguistic and from a psychological point of view.

Before I came to Denmark in 1973,1 wrote poems and novels. But when, some years later, I began to write poems again, I noticed that I wrote particular poems in my mother tongue (Bosnian/Croatian), and another type of poems in Danish.

Also, I began to »think« in Danish. I felt like a new person. In fact, I noticed that I started to get to know some other sides of myself. I started learning not only about new circumstances and people, but also about another culture and language: a different sense of humour, diverse language references etc. In short, I found myself in another state of mind. I was re-born.

First I had to become nothing, in order to afterwards become »my thing «,a new me. In the beginning, this was hard, but later on I took it as something positive. I could see that I never would have experienced »thenewme« if I hadn't really lived under circumstances other than before for a longer period of time.

I began studying some of the great Danish writers like Karen Blixen, H.C. Andersen and the philosopher Søren Kirkegaard. Different as they may seem, they are all masters of the Danish language. And eventually, I found my own rhythm and onomatopoeic sound, i.e. my own stile. When I write something I don't write in my mother tongue and have it translated or do a translation myself afterwards. I write directly in Danish. If I should write in the language of my origin, I would have written it as a different person. At the moment I only write in Danish.

Now I'm waiting for my new book of poetry to be published in Denmark. In this collection of poems there will appear one poem, which I wrote while staying at the Rhodes symposium. Actually, the visitors of the symposium heard it for the first time. Here it is (first the Danish, then the English version):

with soap with soap soap oneself wash oneself

wash wash wash oneself clean oneself

by car by car car oneself hurry oneself

on Rhodes on Rhodes, a dream 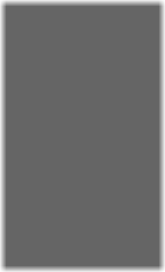 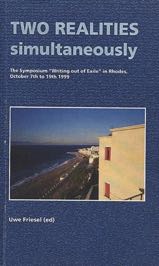